Analysis – Judith Collins’ “Ask for the Debate” campaign is criticized by the media – what is it really doing? The first mass vaccination event is announced, but some elderly care residents are still waiting for theirs, and the government is offering councils a $ 2.5 billion sweetener to join its Three Waters reform proposals.

After a brief hiatus, Judith Collins has resumed her campaign against what she calls the government’s “stealth separatism” agenda.

On Sunday, the National Party leader launched her new strategy and RNZ reported that large blue billboards bearing her photo and the message “He Puapua: Demand the Debate” had popped up across the country.

She told media at the launch in Auckland that the government was pushing through changes it had not campaigned on.

Her first choice was the He Puapua report, but she mentioned others, including new hate speech laws, proposals on electric vehicles which she calls a car tax, cancellation of projects. infrastructure, the Auckland Cycle Bridge and the ban on gas exploration.

Collins said Morning report many people feared they would be shut down by the media or “canceled” on social media for expressing their views. “New Zealanders feel left out of the debate.”

Collins has already used the He Puapua report to attack the government. It was written by a group tasked with researching ways to achieve the goals of the United Nations Declaration on the Rights of Indigenous Peoples, and suggests Maori health and justice systems, RMA rules, and separate electoral arrangements. .

Maori Development Minister Willie Jackson described it as a set of ideas, separate from government policy.

This did not deter Collins.

“The He Puapua report contains recommendations for fundamental changes to our legal, constitutional and democratic governance arrangements,” she said when launching her latest campaign.

“Although they publicly claim that it is not their policy, the Labor government has already started to implement large parts of He Puapua, such as Maori services and a Maori health authority, without the broad public debate that these changes deserve. “

Stuff revealed that she asked Don Brash, the former leader of the National Party and ACT, to help raise $ 300,000 for the campaign. It contains a leaked email, titled “Strictly Confidential”, which Brash sent to potential donors. Brash says Collins asked him to raise money for a poster campaign on “the issues of the Treaty of Waitangi”.

“Judith thinks it is imperative that New Zealanders be better informed about what the government seems to want to offer, when they claim it is not in fact their real agenda,” Brash said in the e -mail.

Despite hard questions about Morning report Collins declined to confirm that she asked Brash for help.

Far from being upset by the story, however, Collins told Stuff that since it was posted, donations have been pouring in. “What happened after this Stuff story was published?” We now have more people saying they want to donate to the National Party and help us with this campaign. “

The media response has been to ask why Collins thinks a debate is necessary and what his real intentions are.

Herald lead writer Simon Wilson said it sounded like “all the backward things we know about the National Party, all wrapped up in a terribly tangled knot.”

“What debate are we not having? He asked. “The issues Collins identified …. all are the subject of fierce debate, in Parliament and across the country.”

Wilson quoted Collins: “Every week I am contacted by thousands of Kiwis who fear they will no longer have a say in the future of their country” and said, “And when they vote, or when they post on Facebook, writing in the newspaper or calling your favorite radio host? The debate is free and furious in this country. “

As for Collins’ intentions, Wilson said it seemed National was now focusing its appeal on disaffection and resentment. The party had “no greater ambition than to fight with ACT and NZ First for a part of the discontented. It is politics as a youth sport and the electorate knows it. We have moved on. “

Stuff’s political editor Luke Malpass said the He Puapua report was the one big issue Collins had grabbed and turned into a so-called secret separatist agenda. Now she had launched a poster campaign demanding debate.

“As a message, it’s hopeless,” said Malpass. “Those who are not happy with the government want an alternative, not a debate. Most voters don’t care.”

It remains to be seen if Malpass is right that voters don’t care, but that is actually the purpose of Collins’ campaign. She wants them to care and voice their concerns about the issues that National opposes. She wants to start the debate around He Puapua and get those who are worried about it to express their concerns.

Collins’ timing was perfect. With Parliament on vacation, his campaign was the main political story of the week until Wednesday, when Chris Hipkins announced the first mass vaccination event. 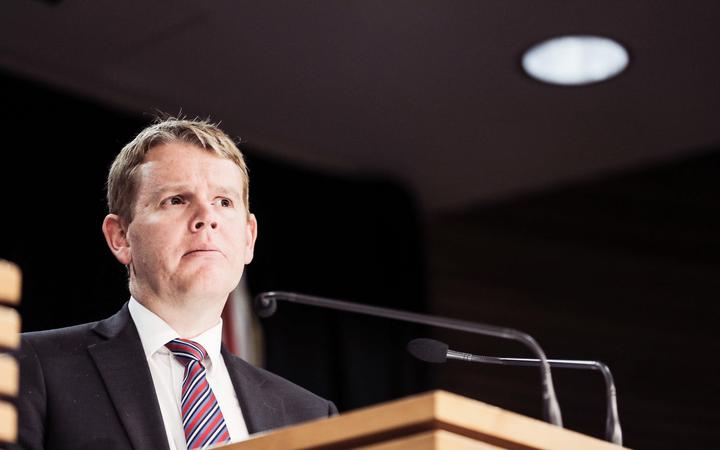 The Covid-19 Response Minister must be the hardest working cabinet member. It’s easy to forget that he is also Minister of Education.

The event would take place in Manukau on the weekend of Friday July 30 through Sunday August 1, and the plan was to vaccinate more than 15,000 people over the three days, he said.

This meant that the vaccinators would each inject one person every minute, RNZ reported.

The original dates for the event were July 2, 3 and 4, but this was postponed due to supply constraints.

Hipkins now seems very confident that deliveries from Pfizer will continue on schedule, with the first big delivery of 1.5 million in August.

He described the mass vaccination event as a prototype and said he wanted to make sure all systems were correct. He will test the organizers.

The government will be worried about this. Hipkins and Prime Minister Jacinda Ardern have struggled in recent weeks to explain their way through the delays and dwindling stocks that nearly ran out.

The mass vaccination event was “good news”, but two days later Stuff reported that some elderly care residents – including in retirement villages and nursing homes – had yet to received their vaccine.

And managed isolation was on the agenda again as RNZ reported that Kiwis eager to return home for the first time since the pandemic began said it was ridiculous having to compete for MIQ places with people returning from vacation.

A woman said her daughter could not return home after two years in London, but her son’s friend had just found a place and he would soon be leaving for a holiday abroad.

The government announced a $ 2.5 billion sweetener to encourage councils to join its Three Waters reform proposals. It will be distributed to ensure that the municipalities are not worse off if they entrust their water infrastructure to four new entities. The program will be voluntary but that could change, said Local Government Minister Nanaia Mahuta. Collins said it was a bribe. The reaction to reforms in the country’s 67 councils has been mixed.

ACT said the two main parties had failed to resolve the housing crisis and had come up with their own plan. Leader David Seymour suggested creating a public-private nation-building agency

to fund new infrastructure for housing development, giving 50 percent of the GST on new construction to councils to encourage them to approve consents, and a range of other measures. “Labor was elected to repair housing but failed to do so,” he said.

Judith Collins continued her fierce attacks on the government over her decision to donate $ 2.75 million from the Proceeds of Crime Fund to an organization with gang connections so it could run a drug addiction program. methamphetamine. The Police Directorate supports the program, but the Police Association does not. Stuff quoted the association’s president, Chris Cahill, as saying that an officer had described it as “the most successful money laundering program he has heard of.” It’s not as easy as it sounds. To find out why, read the RNZ website article: “Does Labor Fund the Métis Crowd? What You Need to Know”.